Dealing with Crosses from Different Areas

Crosses are hard for goalkeepers at any level from youth to professionals.  Goalkeepers during training must play crosses as if it was a game adjusting angles and positioning with each pass and touch.
Set Up of Goalkeeper Drill:

YELLOW start with ball at feet or in hands and serves ball to position 1, 2, or 3

Starting Position For Service 1:  Goalkeeper is concerned with an early crossed whipped in but also should be aware of a shot, mis-kick, or deflection at the near post.  Goalkeepers feet square to the shooter and is located no close than the front 3rd of the goal.  Goalkeeper does not want to be near the front post since they will not be in position for a cross.

Starting Position For Service 2:  Front 3rd of the goal two steps off the goal line.  This will allow the keeper to come forward for a through ball or ball crossed front post as well as quickly find the ball line for a ball played in the middle or back post. 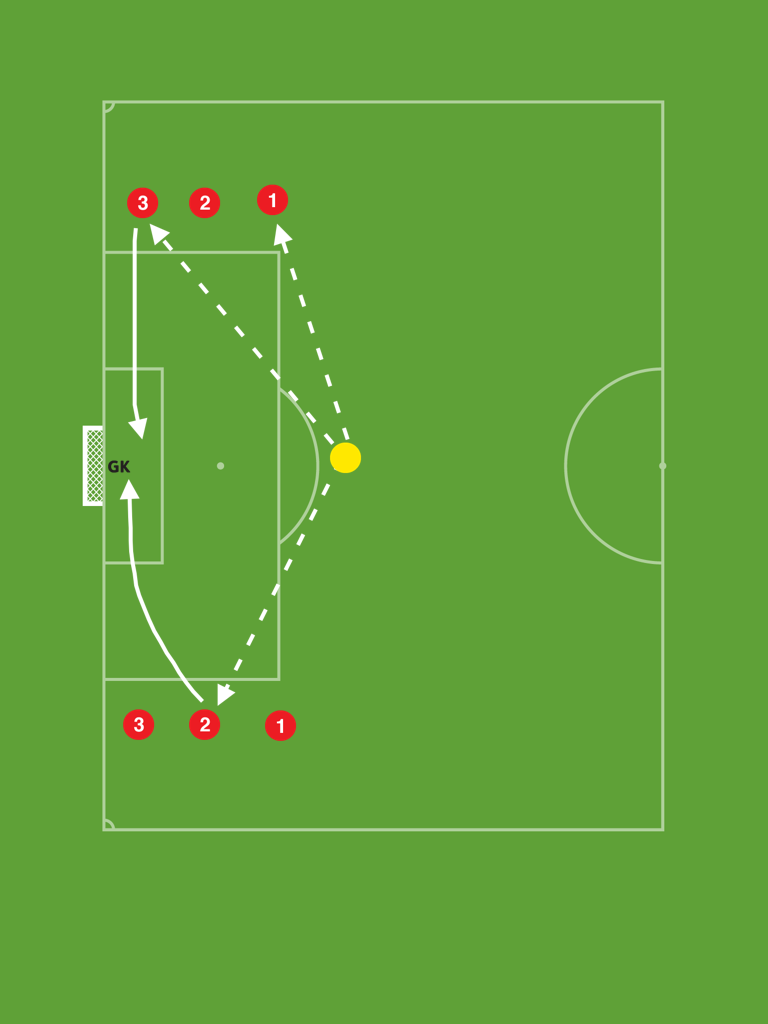 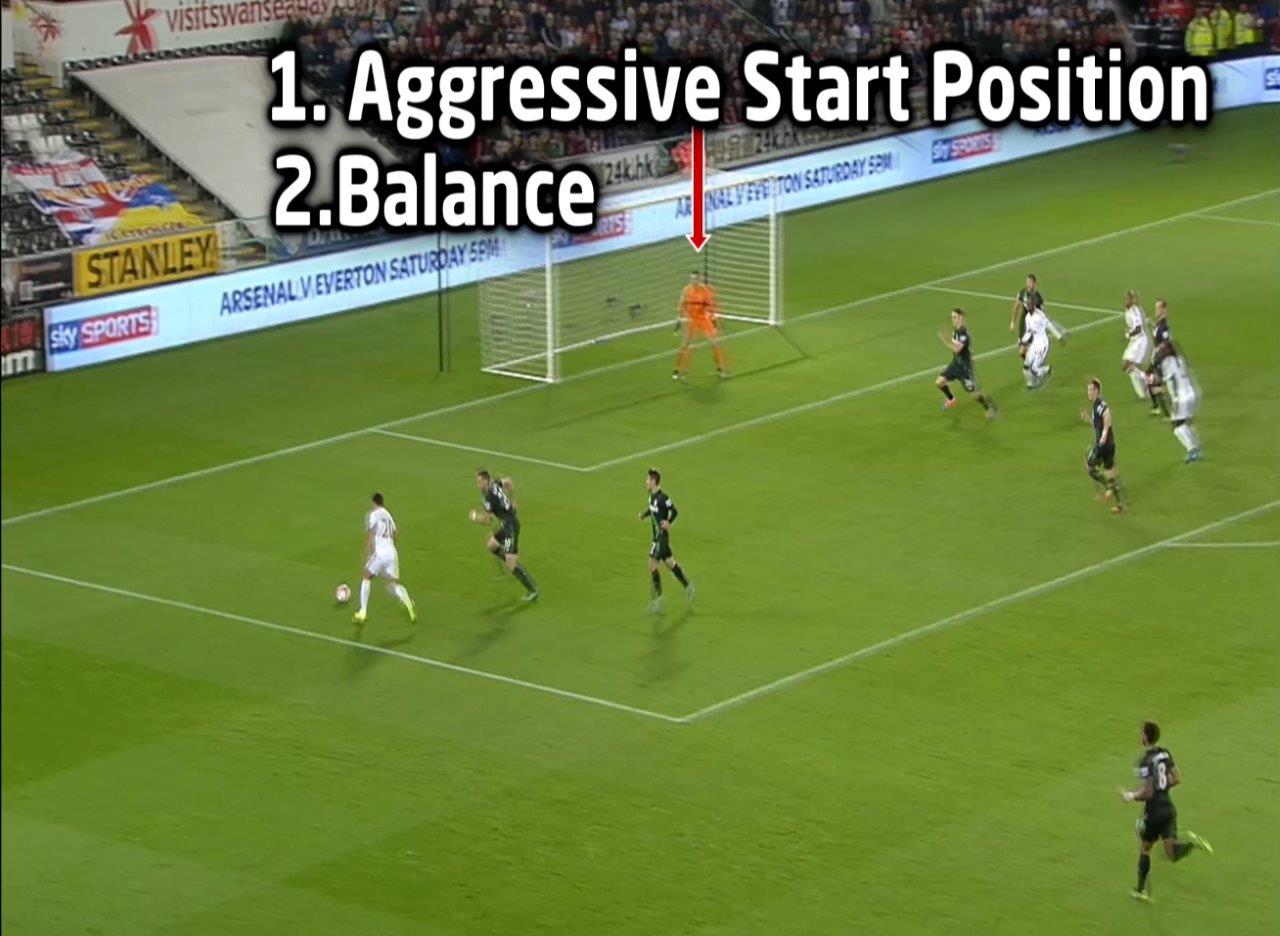