This article is for soccer goalkeepers and coaches.  I want the goalkeepers to understand tactical situations so that keepers can recognize and then know the 1st, 2nd and 3rd best option for the first attacker and the attacking team.  Obviously, the earlier they read the play and can anticipate the next play, the more successful they will be.

I have identified two tactical flank attack situations for the goalkeeper to recognize and the position themselves and organize the defending team so that they can resolve the attack successfully. 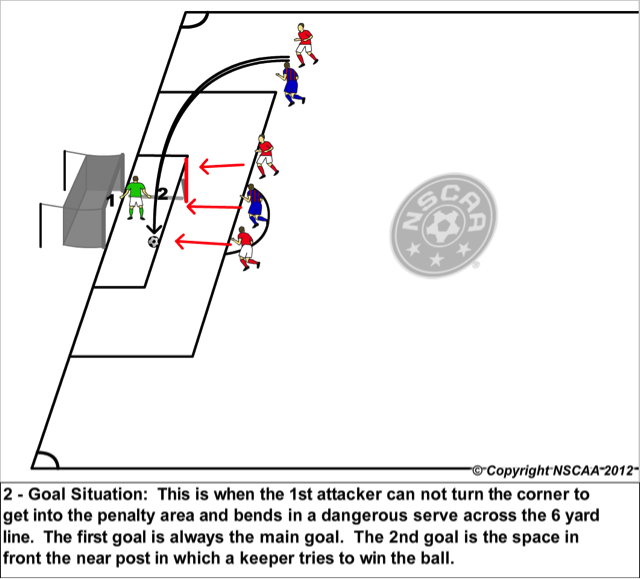 2. 3-goal situation.  In this situation, the 1st attacker has beaten the outside defender and is attacking the goal line and the front post.  The keeper moves to a position just outside the front post (heels even with the front post) and shoulders square to the ball and now has to cover goal #1 which is the main goal; goal #2 which is the pass across the face of the goal (2-6 yards) and goal #3 which is the delicate chip to the back post. 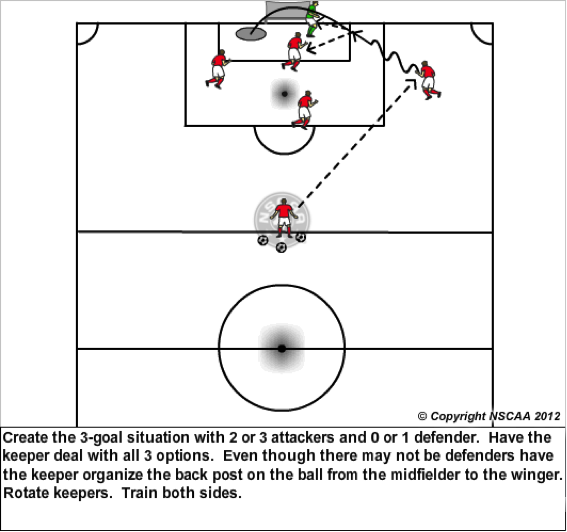 Due to the penetration of the attacking team, there are point blank shots possibilities depending on where the ball is played from on the flank.  Point Bland Shots need to be trained as many of the game winning saves come from close range.  The keeper must again organize the back post by taking a quick look seeing the player in the best recovering position and using their name get them to cover the back post and prevent simple nod in head goals or touch in goals such as the one Alex Morgan scored against France in the 2012 Olympic Games (USA 4-France 2). 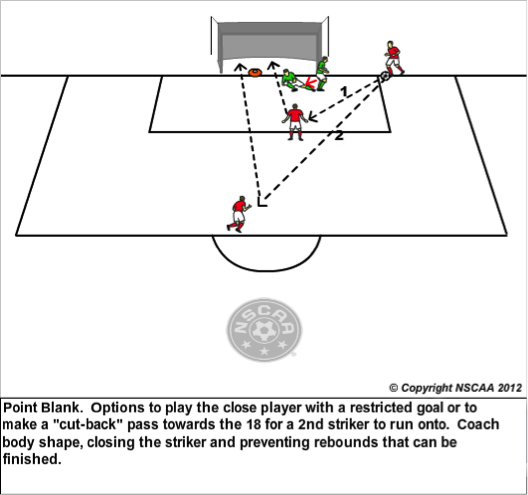 A great finishing game, for coaches to consider, with all kind of flank service is this 8v8 (4v4) team game to train your keepers. 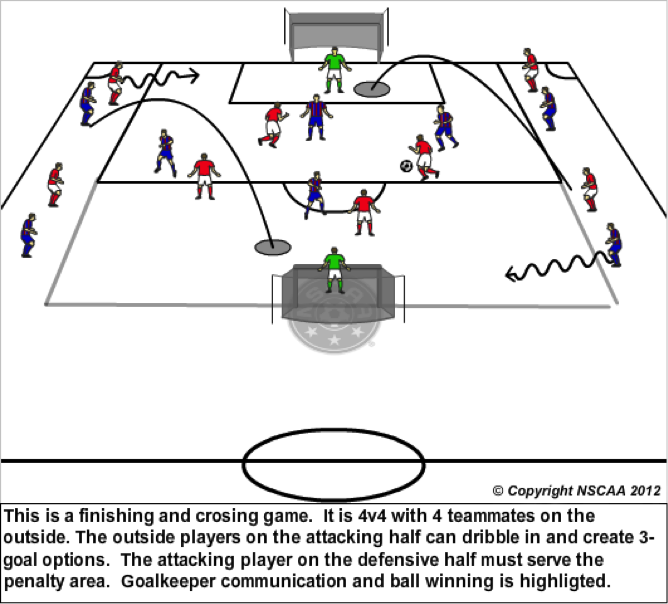 These are two flank tactical situations for goalkeepers to understand and for coaches to created training environments to help the goalkeeper recognize the situation, take up proper positioning, know how to organize the defense. Once the goalkeeper put these tactical situations into their “reading the game” skill set, they will have a good idea of what the best options are for the attacking team so they can anticipate and make the play.

For information on the SPGS national camp schedule and to enroll in a course go to www.soccerplus.org or call 1-800-keeper-1. SoccerPlus was founded in 1982 by Tony DiCicco In the 30+ years since, Tony and his staff have educated and inspired tens of thousands of dedicated student-athletes using The DiCicco Method. The Soccerplus curriculum has evolved over the years to remain on the cutting edge of the modern game, but the mission of building skills, confidence and character through hard work will always be the same.